Editorial and Summary in English 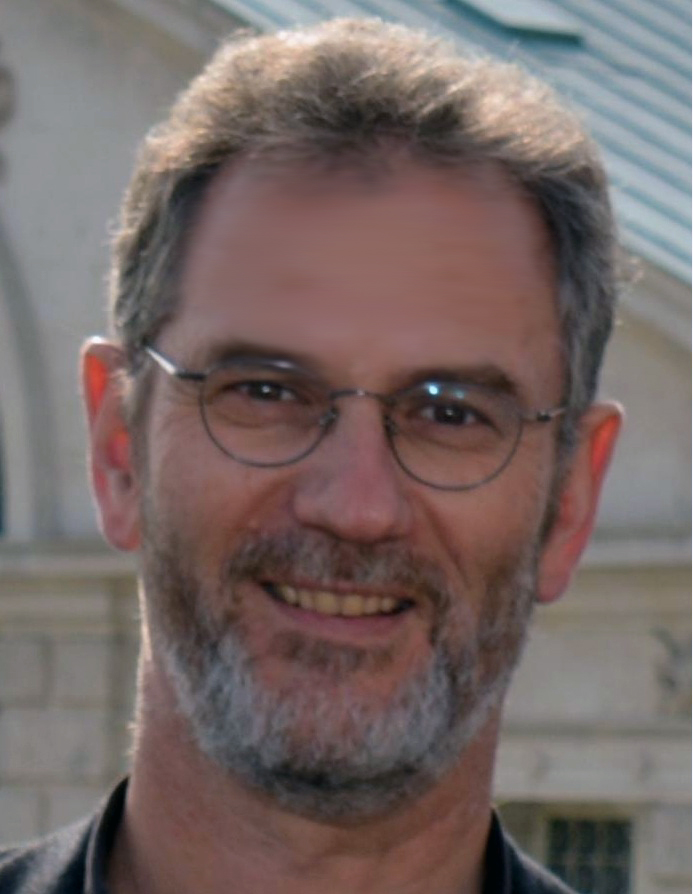 This editorial is provided with the intent of making the substantive contents of the German articles available to an international readership. It is based on the supposition that such an additional overview of the journal’s articles will be more profitable to international, English-speaking readers than merely providing additional English abstracts at the beginning of each German article. We appreciate any responses and comments by our readers from beyond the Germanosphere and welcome suggestions that could help us further improve our journal’s accessibility and appeal to an international readership. (You are invited to e-mail your comments to manfred.pirner@fau.de).

We are extremely glad that we can announce two important innovations with this issue of Theo-Web: Theo-Web is published in a completely new web design and the work of Theo-Web is supported by an international Editorial Advisory Board. We are grateful to all the members of the Board for their willingness to support us, which is also an expression of the increasing internationalization of religious education studies and of Theo-Web.

For the development of the fresh and at the same time elaborated design we say thanks to Thomas Frierss and his team, for its implementation we are grateful to the members of the team at the Vienna chair of religious education Karin Sima, Marietta Behnoush and Erich Foltinowsky. We also would like to thank Cornelia Schlemmer for designing the new cover image of Theo-Web. We hope that the new design will please our readers as much as all of us who have been working on it.

As always,this editorial is provided with the intent of making the substantive contents of the German articles available to an international readership. It is based on the supposition that such an additional overview of the journal’s articles will be more profitable to international, English-speaking readers than merely providing additional English abstracts at the beginning of each German article. We appreciate any responses and comments by our readers from beyond the Germanosphere and welcome suggestions that could help us further improve our journal’s accessibility and appeal to an international readership. (You are invited to e-mail your comments to manfred.pirner@fau.de).

(You are invited to e-mail your comments to manfred.pirner•@•fau.de).

This issue of Theo-Web has one thematic part entitled ‘Justification – New Ways of Theological Understanding and Teaching a Central Christian Belief’. The thematic issue pays tribute to the Reformation Jubilee Year and the fact that Martin Luther’s discovery that believers are justified by God irrespective of their good deeds but by grace alone is at the center of the Reformation movement.

Beside the thematic part of the issue you will find, as always, some interesting contributions on diverse themes in the section ‘Research and Discourse’.

While the term ‘justification’ seems to be outdated to theologians, sociologists and political scientists turn to it more and more frequently in order to describe how societies deal with inequalities in a supposedly just society. This essay presents the theory of justification developed by the French sociologist Luc Boltanski. In a project-based society the need of individuals to justify themselves is a permanent task. What are the conditions under which a theological concept of justification will relate to a sociological one?

Justification – perspectives for religious education on a psychological basis

This paper interprets the motif of justification in the context of four motives of self-evaluation (self-enhancement, self-assessment, self-improvement and self-verification). Additionally, the relevance of the motif of justification is demonstrated with reference to the related self-reflexive emotions of guilt, shame and pride. In an empirical section, adolescent experiences of self-evaluation are differentiated based on the quadrants of the values space. The potential of the diverse interpretations of justification is shown for each quadrant. The insights so gained are subsequently applied in an argumentative, emotion-oriented and action-oriented proposal for religious education.

Study matter ‘justification’? A challenge that has not yet really been met

It is accepted that the Reformation gave rise to important impulses in terms of education (keywords: alphabetisation and responsibility/maturity of the individual). The key content of Reformation theology, the justification of the ungodly, however, seems to be only historically relevant for many RE materials. At best, it may be communicated via social channels. However, even for Luther himself, the practice of the Protestant skill of distinction, which formed the basis of justification theory, was indeed a central issue of education, since the mental figure of justification cannot be understood on its own but requires a differentiated image of oneself and of God. This article asks the question of where this issue of education is addressed in today’s Religious Education and how this theology can be communicated to pupils today. This reveals the desideratum of rediscovering the dialectics of the theology of justification as a dynamic basis of Protestant educational processes that concern crises in life and faith.

Recognition by grace. Luther’s theology of justification in the context of a theology and pedagogy of recognition

After a brief outline of the problems that Martin Luther’s theology of justification pose for (especially young) people today, the article draws on three areas of discourse in order to gain new access to the core of justification belief. 1) Impulses from child theology; psychological and empirical educational research recommends focusing on the anthropological phenomenon of shame rather than or as a complement to guilt (as has been traditional in justification theology). 2) Recent theological research on St. Paul highlights the often overlooked significance of the tension between shame-honor and shame-recognition. 3) Recent philosophical discourse has elaborated the fundamental value of mutual recognition for human identity and social coherence. The threads of these perspectives are, in the conclusion of the article, brought together to a theology and pedagogy of recognition.

Justification as topic of Catholic and confessional-cooperative Religious Education (RE)

‘Justification’ is a key notion of Protestantism. Yet, surprisingly, it seems to play only a subordinate role in Protestant RE and no role at all in Catholic RE. This, despite the fact that the notion seeks to express the core biblical definition of the relationship between God and humans—that God in his prevenient mercy is an unconditionally loving, just and liberating God. The notion of justification is in essence a soteriological, not a juridical term, whose semantic content, however, has to be theologically revitalized in ecumenical dialogue under late modernity’s altered conditions of understanding. As such the notion is also highly relevant from an educational perspective.

Thus, this article aims to theologically reconstruct the concept of justification and contextualize it within the philosophy of education. Further, the article attempts to show that Catholic RE, too, can focus on its genuine own intentions when it addresses the topic of justification.

Justification as a topic in interreligious education

In Protestantism, the notions of the sinner’s justification by faith alone (sola fide) and by grace alone (sola gratia) have become identity markers that serve to distance oneself from the (alleged) ‘works righteousness’ of non-Protestant spiritualities. In this article the example of a Muslim youth’s theological opinions will be interpreted in light of justification theology and in a manner that makes interreligious dialogue and learning possible. In the conclusion, the article offers deliberations about how the topic of ‘justification’ can be part of interreligious learning in Protestant RE, on the one hand, and in the school curriculum field of religious education and ethical education, on the other. Finally, the development of a comparative youth theology is advocated.

Literary texts in RE between aesthetic norms and didactical goals

What happens and what is ideally supposed to happen when literary texts find their way into RE—and are thus subjected to educational and didactical goals? How can their use in teaching as a principally intentional process be justified without instrumentalizing an aesthetic text in an inappropriate manner? For addressing these questions the article draws on deliberations from the didactics of literature on literary (reading)conversations and transfers them to the RE context. Thus, it also touches on the principal question of how the formal competence of interpretation and understanding can be concretized in a subject-specific way.

The Religion Monitor 2013, designed to record the correlation between individual or cultural values and religiousness, draws on a sample of 14,045 persons from thirteen countries. Value-related dimensions were operationalized by items from Schwartz’ Portrait Values Questionnaire which not only explores the importance respondents attach to various value orientations, but also interlinks these values in a correlative relationship. Ranked by importance the values of charity, universalism and self-determination are deemed most important by people worldwide, even though cultural characteristics result in differences in the absolute figures between societies. In concordance with the postulates of Inglehart’s and Schwartz’ theories a common occidental-Christian value and culture area can be perceived (Europe, USA and Canada). In principle, for persons of this culture area the self-transcendence values of altruism (charity and universalism) as well as openness values (self-actualization) are more important than for persons from Islamic (Turkey), Jewish (Israel) and Asiatic cultures (South Korea). In addition, in the USA and Canada simulation values are deemed especially significant.

Pursuant to Article 7 of the German Constitution, religious education at German schools is understood to be confessional. However, what is meant by ‘confessional’? The article addresses this question from the perspectives of religious constitutional law and Christian theology. A theological interpretation that draws on St. Paul’s impulse of self-distance and the ecumenical impulse of the Reformation understands confessionality as the life-form of ‘having as if you had not’. In light of the Leuenberg Agreement of 1973 the article dares to advance a preliminary answer to the question of what constitutes confessionality. The model of ‘reconciled difference’ becomes the guiding principle that recommends opening up RE to inter-confessional cooperation. In terms of the Leuenberg tendency of expanding the Protestant faith, a new ecumenical expansion should be boldly approached by opening up RE as well.

Quality speech? – The relevance of theological speech for today’s life-world exemplified by the notion of ‘sin’

The core question of this article is the question of the relevance of theological speech for a life-world in which religious semantics are often perceived as a foreign language. How can theological terms be communicated in such a way that they become significant and supportive to the lives of young people?

Exemplified by the term ‘sin’ the article shows why and how theological notions can be successfully made understandable to pupils. The development of such a ‘quality speech’ aims at convincing young people of the theological quality of an understanding of sin that is not just oriented towards security (as is mostly the case with young people’s understanding of sin) but one that can help them increase their self-esteem.

This contribution refers to the article by Clemens Sander published in Theo-Web 2-2016. It claims that several pieces of information in the article are not correct or precise and provides corresponding corrections.