The power of money as a challenge for politics and religion, political and religious education. System theoretical considerations and didactical concretions 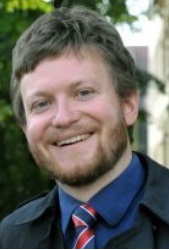 The creation and usage of money is part of being human as well as laughing, the painting of pictures and the cultivation of plants. Money is yet much more than ‚just‘ an instrument for rating, for storing value and for exchange, and much more than ‚just‘ a tool to organize work-sharing societies: Again and again, money as an end-in-itself phenomenon shows the tendency to subsume everything else under his power. Based on the system theory of Niklas Luhmann, the present article deals with this attack of money especially on the two systems „politics“ and „religion“, which are autonomous following Luhmann, and outlines the biblical assessment of money, which is also contradictory to the system theory. On this foundation, consequences for political and religious education will be discussed.