Introduction to the thematic part: “Antisemitism as a challenge for religious education. Interdisciplinary and international perspectives

Antisemitism as a challenge for religious education. Interdisciplinary and international perspectives 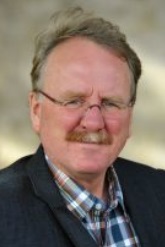 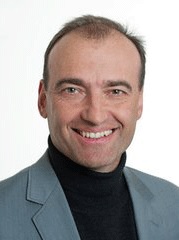 A few decades ago, West Germans hoped in vain that the question of how to deal with the phenomenon of the Old Nazis and their incorrigible views would resolve itself over time. Members of the post war generation enjoyed the privilege late birth.

A few decades ago, West Germans hoped in vain that the question of how to deal with the phenomenon of the Old Nazis and their incorrigible views would resolve itself over time. Members of the post war generation enjoyed the privilege late birth. The situation in East Germany was no less problematic while the GDR considered itself to be the first anti-fascist state on German soil, or in Austria, which saw itself as the first victim of National Socialist expansionist policies. Many commentators have overlooked the fact that the public denunciation of National Socialism and deference to the democratic constitution were by no means strong enough to contain or overcome the more or less latent forms of misanthropy, antisemitism and racism found in society. It is a most shocking and important insight that the idea of an egalitarian democracy is by no means convincing in itself, and that many people can imagine completely different social constructs based on national egoism, devaluation and exclusion. There are plenty of examples of this attitude at the moment. Be they physical attacks on Jews in the street as has happened in Germany, which led the Federal Government Commissioner for Antisemitism to warn Jews not to wear their kippa in public. Or the knife attacks on the photo portraits of Holocaust survivors in the public exhibition "Gegen das Vergessen" in front of Heldenplatz along the Ringstrasse, in the centre of the Austrian capital.

Plenty of explanations have been put forward for the renaissance of antisemitism: in the shadow of anti-Israeli attitudes that are flaunted publicly at the annual Al-Quds Day, nationalist forces feel encouraged to propagate their hostility towards Jews: The 'new' antisemitism is claimed to be a product of the increased immigration from Islamic countries since 2015. What a crude picture this creates: Right-wing nationalists forge a coalition with Islamists in their struggle against Jews, Israel and democracy, and at the same time offer the expulsion of Muslims as a panacea against all possible threats to society.

However, the assumption that the current antisemitism is a consequence of the immigration of Muslims into our society is based on two figures of thought that must be critically questioned:

1) Is the import of Muslim antisemitism not rather a re-import of once Western ideas of antisemitism? And: Couldn't Muslims hostile to Israel feel confirmed by the - more or less - latent antisemitism in our societies?

2) Even religious educators must ask themselves self-critically whether they did not primarily regard the topic of antisemitism as a problem of 'others': As a topic of the church in the Nazi era, which did not stand up decisively enough for Jews. As a problem of the 'Ewig-Gestrigen' and their acolytes. As an expression of the lack of tolerance and openness on the part of others. Or don't we have to ask ourselves more self-critically about our own pre-rational attitudes? What aspects of racism, antisemitism and prejudice do we all carry in ourselves? How much do they shape our curricula, textbooks and teaching practice?

The thematic issue is opened by the contribution of Armin Lange, Professor of Judaistics at the University of Vienna, The Religious Memory of Antisemitism -The Pittsburgh Shooter between Christian White Supremacist and Islamicist Agitation. Starting with the attack on a synagogue in Pittsburgh in October 2018, he examines the effectiveness of religious symbols of antisemitism in the religious and cultural memories of the Western and Muslim world, which now lead to certain synergy effects.

Regina Polak, Director of the Institute for Practical Theology at the Catholic Theological Faculty of the University of Vienna, approaches the topic from a theological perspective in her contribution “Antisemitism in pastoral work. A Catholic perspective”. Starting from the insight that theology and church, despite good will and many explanations, are by no means free of anti-Semitic stereotypes and prejudice, the author asks for consequences for evangelization and education that is critical of antisemitism.

Juliane Wetzel, research assistant at the Centre for Research on Antisemitism at the Technical University Berlin Wetzel, introduces the concepts of educational work critical of antisemitism. In her contribution, Antisemitism as a Challenge for School and Out-of-School Education, she examines the deficits of a purely historical approach to teaching about National Socialism and the Holocaust and points out perspectives for prevention and intervention in school and out-of-school educational work.

Anja Ballis, Professor of German Didactics at the Ludwigs-Maximilians-Universität Munich, concludes with her contribution "With a little antisemitism, you could live!” A case study on framing a Holocaust survivor's living testimony. She examines the interactions of eyewitness conversations with students and develops concepts for eyewitness conversations at school.

The interdisciplinary opening of the booklet will be followed by articles that will present international perspectives on antisemitism research in various respects:

In his article The contribution of religious education to the prevention of antisemitism. Report from an international research project Reinhold Boschki, Professor of Catholic Religious Education at the University of Tübingen, presents the results of an international research project on various ways of mediating Holocaust remembrance and on the treatment of antisemitism in religious education.

The contribution Antisemitism in Contemporary Hungary: Exploring Topics of Antisemitism in the Far-Right Media Using Natural Language Processing by Ildikó Barna, Professor of Sociology at the University of Budapest, and Árpád Knap, PhD student at the Institute of Sociology at Eötvös Loránd University, expands the pedagogical perspective on the international dimension of antisemitism. Barna and Knap focus on a description of antisemitism in present-day Hungary. To this end, they compare the results of a quantitative survey on antisemitism conducted in 2017 with right-wing extremist texts from a Hungarian Internet site.

In his contribution Antisemitism and praxeological rationality as challenge for religious education Bogusław Milerski, Professor of Religious Education at the Pedagogical Faculty of the Christian Theological Academy Warsaw, uses the example of Poland as proof that antisemitism does not represent a national phenomenon but is part of the collective memory of every society and that religious education has a special educational mission here.

This is followed by the contribution Anti-Jewish prejudices in curricula and textbooks for primary schools by Julia Spichal, co-worker at the Institute for Religious Education of the Protestant Theological Faculty of the University of Vienna. Expanding on methods of prejudice research, she presents a model for the analysis of curricula and textbooks for Christian religious education in primary schools, which helps to prevent the anti-Semitic development of prejudice.

With Ednan Aslan, Professor of Islamic Religious Education at the Institute for Islamic-theological Studies at the University of Vienna, an Islamic-theological perspective is added. In his contribution The Jews of the Koran, Aslan illustrates the representation of the Jews in the central religious documents of Islam. Here he refers to the significance of the finding that the multiple manifestations of the Koran towards Jews do not refer to Judaism in general, but to Jews and their habits of life and faith in the Arab world at the time of the emergence of the Koran.